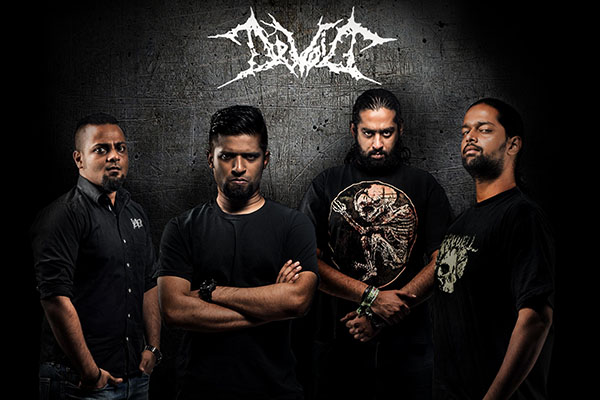 Formed in a decade when heavy metal was still in its infant stages in India, Devoid has grown to become veteran death/thrash metallers representing a genre which was long under represented in the country. The band’s lyrics can be best categorized as anti-establishment/anti-conformist. The band released its debut album in 2010 titled ‚A God’s Lie‘ and a concept EP titled ‚The Invasion‘ in 2013. These releases got the band various recognition’s like JD Rock Awards and Rolling Stone Metal awards. The band also represented India in the 2013 edition of Wacken Metal Battle in Germany.